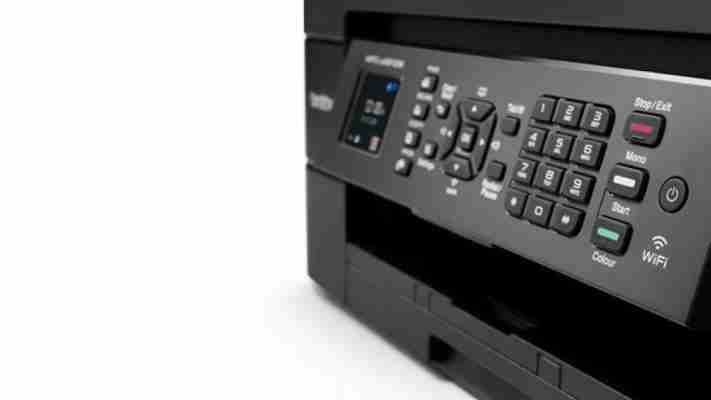 Brother’s MFC-J491DW looks like it has everything you need from a home office multifunction device. This compact inkjet combines printer, scanner, fax and copier functions, and connects to a wireless network. It can print double-sided, and its 20-sheet ADF helps with multi-page copies and faxes.

In the flesh, it’s less convincing.

The clattery and flexible 100-sheet paper tray is the most obvious culprit, but there’s a lack of polish when compared to rival MFPs. For example, the ink tanks aren’t physically keyed, so it’s possible to insert the wrong colour if you’re not paying attention.

There are neat touches: the ADF folds away into the top panel when you’re not using it and you can take direct control via a compact colour screen and conventional buttons. It’s more cluttered than a touchscreen, but still easy to use. 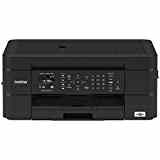 The MFC-J491DW is typically in less of a hurry than you are. It delivered the first page of text in just ten seconds but reached only 10.9ppm over our full 25-page test, rising to 13.9ppm in draft mode. At 2.6ppm, colour graphics were slow, as was a 1.8ppm result when printing double-sided. Single mono copies took 17 seconds, with colour pages taking twice as long. Using the ADF, a ten-page mono single-sided copy needed two and a half minutes, and just under three minutes in colour.

By comparison, scans were quick, with a 150dpi A4 image needing 14 seconds, and even a detailed 1,200dpi 10 x 15cm photo scan completed in under a minute. Unfortunately, our results didn’t impress. Plain paper text quality was fine, but graphics lacked punch, looking a little washed out.

Black photocopies were acceptable, but colour copies were drabber than the originals. Most photo prints suffered the same fate, too. Scans were also a little disappointing, with sharp focus but a loss of detail among dark shades.

Overall, the MFC-J491DW doesn’t do much wrong, but it doesn’t excel anywhere either. At this price, it’s simply too lacklustre to compete - so you're better spending your money elsewhere.