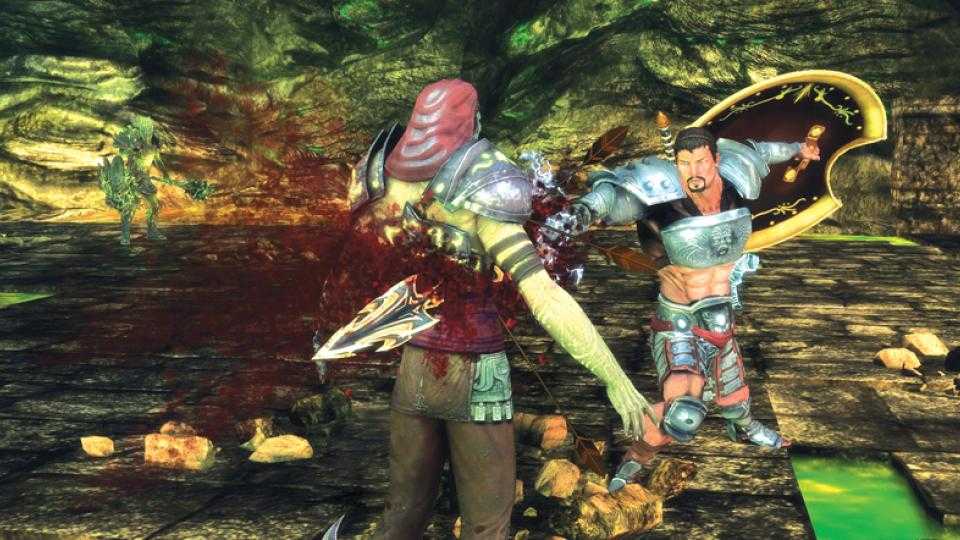 Rise of the Argonauts is an action RPG with the emphasis firmly on action.

You play Jason, the legendary king of Iolcus and, yes, your quest is to seek the Golden Fleece with your crew of trusty Argonauts. Other details of the plot depart from the myth, with a dead fiancée to resurrect and a cult of assassins to thwart.

The game throws you straight into the action as Jason slaughters his beloved's killers. The pace then slows with conversations and bouts of one-on-one combat. Your first real challenge is to navigate fiery caves to defeat a minotaur and win Ares' favour. Fortunately, there's more to look forward to, including arena combat against mythical creatures as you seek three demi-god heroes to help you.

Conversations provide you with multiple choices, but your decisions have little impact on the game and merely serve to curry favour with one god or another. As you gain brownie points with each god, you can spend them on special combat abilities such as a healing beacon that regenerates nearby allies. There are no stats to quantify the power of these abilities or your weapons - you find shinier-looking equipment as the game progresses and are left to assume that it's more powerful.

The game is pretty, but the animation is variable and some characters, such as Hercules, look like cartoons. Combat is gratifyingly fast-paced. Jason carries a sword, a mace and a spear, each of which has different properties of speed and power. Special moves let you do extra damage. Some foes are easier to defeat with a particular weapon but it's often a matter of attacking until your enemy falls over.

Rise of the Argonauts is rather shallow. Action enthusiasts will find it too short, and the elements of strategy and interaction are limited. On the plus side, it's the kind of hack-and-slash that's rarely seen on the PC.