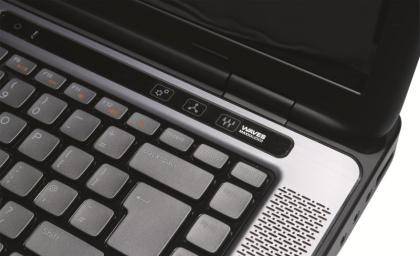 Dell's XPS line has always been a showcase for the latest technologies, and this revision of its XPS 15 laptop is a perfect example. Here Dell combines an already excellent chassis with Intel's new Sandy Bridge processors to create a truly cutting-edge laptop.

As well as the latest Intel Core i5-2410M processor running at 2.3GHz, it has two fast USB3 ports and the latest Nvidia graphics card. A Full HD 1,920x1,080 screen, a Blu-ray drive and a built-in TV tuner mean you'll never be short of entertainment, especially with the JBL-branded speaker system to pump up the volume.

This is the same set of speakers as in the last XPS 15 , and they are impressively loud and deep. The sound is augmented using Waves MaxxAudio, which can be controlled using the Realtek HD Audio Manager in the tray, and you'll want to reduce the MaxxBass setting to 50% to avoid unwanted rumblings, which is most apparent in bass-heavy dance tracks.

Dell hasn't bundled any TV viewing software, but then Windows 7's built-in Media Center is the best choice anyway. There's a small aerial in the box that comes with a clip so that you can mount it on top of the screen, though you'd be lucky to get a good picture using such an aerial in the UK; there's also an adaptor for a fixed aerial.

Picture quality from the Full HD screen was incredibly good, and if we had any complaints it would be that the colours are bordering on over vibrant. The LED-backlit screen is evenly lit and incredibly bright - at 50% brightness for our battery test, it was still as bright as other laptops at full brightness. It's practically as good as the OLED screens on smartphones such as the Samsung Galaxy S. 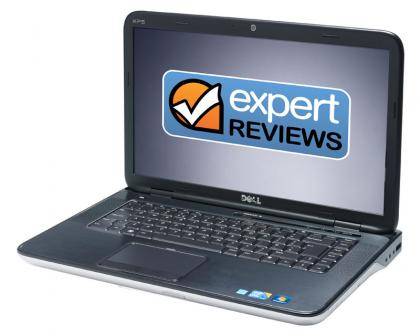 All this is due to its use of RGB LED backlights, rather than the white LEDs that most screens use. White LEDs are actually made up of a blue LED with yellow phosphor to make it appear white, but this leaves huge holes in the red and green parts of the spectrum. RGB LEDs make a purer white and render greens and reds far more accurately.

Performance from the Core i5-2410M was exemplary, scoring 112 overall and 124 in our single-threaded image-editing test. Considering that the benchmark score of 100 was set by a quad-core desktop processor a couple of years back, these results are deeply impressive, and there will be few applications that will slow the L502X down.