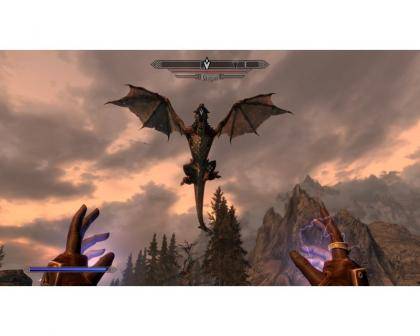 Skyrim, the fifth - and apparently final - entry in The Elder Scrolls saga is one of the year's biggest gaming releases, and a highly awaited one for RPG fans. Set 200 years after the events of Oblivion, Skyrim takes place in the eponymous frozen north of Tamriel, where snowstorms rage against a backdrop of impending civil war. Meanwhile, dragons, thought to be a long-dead legend, have taken to the skies.

In fact, you're confronted with one within a few minutes of starting the game. In a trope that'll be familiar to players of previous Elder Scrolls games, you begin as a prisoner, this time in the process of being unceremoniously carted to the executioner's block. Before long, you're running for your life as gouts of dragon-fire sear the ground behind you. From the very beginning, the path you take can split dramatically, as you're helped to safety by either soldiers of the Cyrodillic Empire or Stormcloak rebels.

Needless to say, the presence of dragons is in no way incidental to the plot - you're soon thrust into combat with the creatures, discovering in the process that you are endowed with some unique abilities that entwine your fate with theirs. It's hard to go into further detail without destroying some of the joy of discovery as the main thread of the game's epic story arc becomes apparent.

Skyrim is as much about exploration and interaction as combat, but there's something immensely satisfying about fighting pitched battles against massive dragons

This being a Bethesda RPG, there's a lot more to it than blindly following the main plot threads. It's not even immediately apparent which quests are relevant to the main plot and which aren't. If you want, you can wander Skyrim as a simple mercenary adventurer or magical scholar, taking on minor - but no less well developed - quests from the townsfolk you meet on the way. It's a massive open world, where you feel like a resident, rather than a visitor who's popped in to follow the rails of an all-too-conveniently structured plot device.

There's a lot of moral ambiguity in the game - you're often asked to take sides and make hard choices that determine whether one of the games' richly developed NPCs lives or dies. Just as in real life, you don't always have all the facts you need to be sure of your decision, and in many cases the game's moral conflicts are picked out in subtle shades of grey.

One of the most encompassing is the shadow of impending war between the Cyrodillic Empire and the Stormcloaks, a rebel band of native Nords. At first, you're inclined to believe what you're told by the sympathetic characters who come to your aid, but it soon becomes obvious that the Empire can be viewed as either oppressive conquerors or a force for unity, while the rebel Nords are indeed fighting for their homes and their beliefs, but many are also massively prejudiced against all non-human races, such as elves, the cat-like Khajiit and reptilian Argonians. 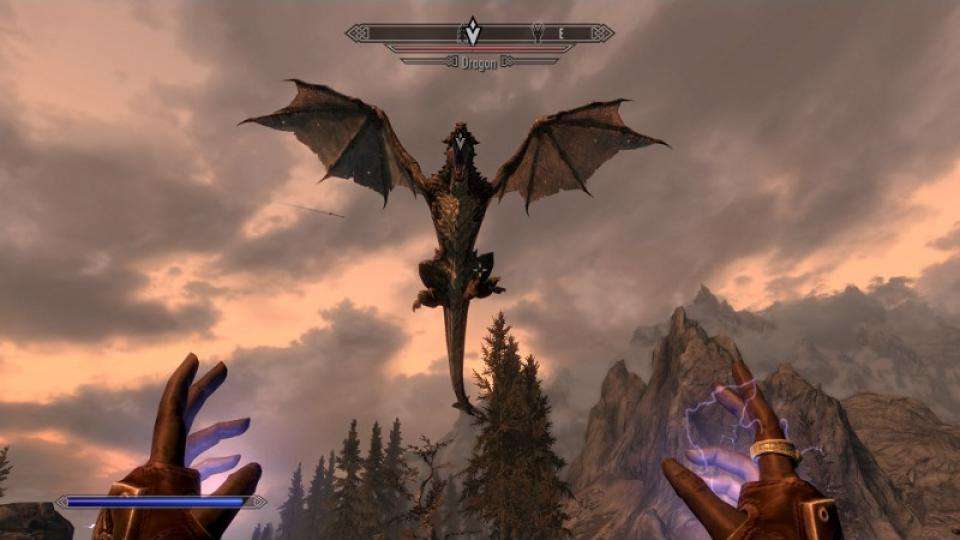