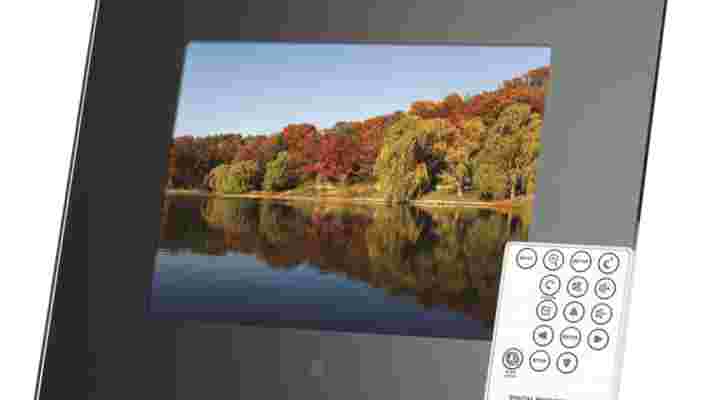 Jessops’ frame costs much less than anything made by the big brands. However, unlike other budget digital photo frames we’ve seen, it has a high quality screen with an 800x600 resolution. Its colours were a little lacking in vibrancy, and its punchy contrast came at the expense of clipped highlights and shadows. However, Jessops has taken the unusual step of including image controls. By reducing the Contrast and boosting the Color settings, we were able to bring image quality up to a standard that beat frames costing four times as much.

There’s no sign of skimping in terms of features. Memory card support is comprehensive, although Memory Stick Pro Duo cards practically disappear inside the slot and are hard to retrieve. Photos are resized as they’re copied from a card, and with 2GB internal memory, there’s room for around 15,000 of them. We couldn’t find a way to copy large batches without selecting them one by one, though. It’s possible via a PC over USB, but this bypasses the resizing function. Photos with portrait tags are reoriented automatically, and a sensor detects which way up the frame is positioned. It can play MP3s and videos too, although as usual, video format support is pretty limited.

Controlling the frame with the four buttons recessed behind the top of the frame is awkward, but the credit card-style remote control is much friendlier. The menu layout could be better, though, and we’re disappointed by the limited choice of three, five or 10-second interval between photos during slideshows. If you prefer to show each photo for a few hours, you’ll need to progress it manually. There’s no timer for automatically turning the frame on and off, and the frame still draws 3W when powered down using the remote. It’s best to use the switch on the back of the frame, which reduces power consumption to zero.

It’s not faultless, but with its excellent image quality, this £39 frame shows up the big-name brands that charge over £100 for similar products.