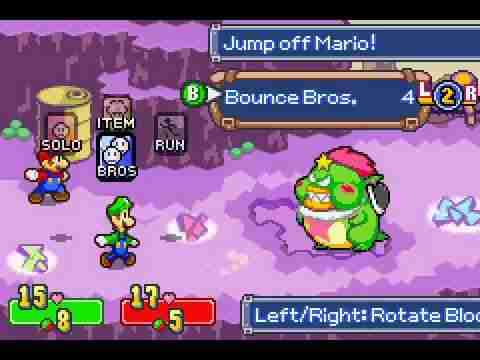 If you’re anything like us, you spent countless hours of your childhood on your Game Boy Advance, straining your eyes and spraining your thumbs in search of the next secret level. With emulation, revisiting those classic games on your iPhone is now easier than ever. (Curious how to play retro games on your iOS device? Here’s how. )

The following list will highlight some GBA games that deserve your attention, whether it be for a nostalgic throwback or a fresh new experience. We made this list following two simple rules. First, no Pokémon games are included, because they are too obvious, and we wanted to delve deeper into the GBA library. Second, the games featured do not generally rely on fast button presses or quick reflexes. This is because the touchscreen controls of the iPhone can make action games difficult, hence slower paced games are much easier to play. Without further ado, here are 5 GBA games you should download for your iPhone:

This quirky RPG stands out from its contemporaries through its unique gameplay and ridiculous story. Building off the foundation laid out by Super Mario RPG and Paper Mario , the game puts a fresh twist on the RPG formula. Players can use carefully timed button presses to both add extra oomph to Mario and Luigi’s attacks and protect them against their enemies. Speaking of enemies, the game features a lot more than just Goombas and Koopas. The game pushes the craziness of Mario’s world to its limit, most notably with bosses like Fawful, a neurotic, Engrish-spouting bean whose villainous monologues include such gems as “I HAVE FURY!” and “And this battle shall be the delicious mustard on that bread! The mustard of your doom!” This is a must play for fans of Mario or offbeat RPGs. 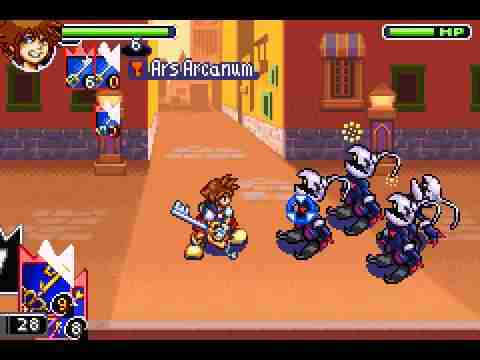 The first of many portable entries into the megapopular Kingdom Hearts series, Kingdom Hearts: Chain of Memories is a must play. The game combines card collecting with action and RPG elements to create a wholly new experience for the franchise. Players control Sora, who fights enemies in real time using a deck of cards that controls his actions. Decks are composed of Keyblade attacks, spells, and summons, which call upon famous Disney and Final Fantasy characters to aid in battle. Players travel between iconic Disney worlds, such as Neverland, the Hundred Acre Wood, and Agrabah. Taking place between Kingdom Hearts and Kingdom Hearts II , the game features the series’ trademark nonsensical and over-the-top storytelling. If you’re as massively hyped for Kingdom Hearts III as the rest of the world, don’t skip over this game. 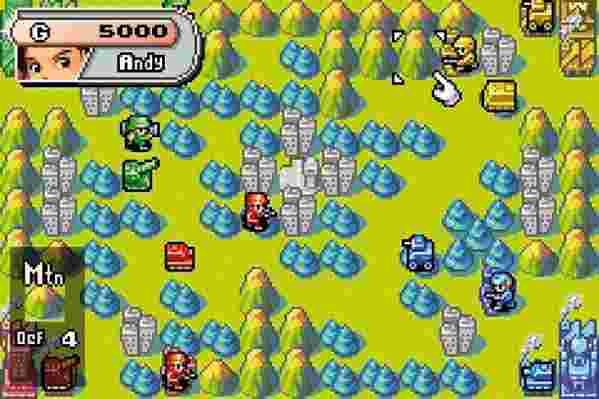 This criminally overlooked gem is one of the finest games to grace the Game Boy Advance. Players take control of various CO’s (commanding officers) and lead their armies to victory in this turn-based tactics game. Featuring a cartoonish story that is lighthearted without being corny, the game combines charm and accessibility with depth and replayability. A hallmark in strategy game design, the game is very easy to pick up but difficult to master. The game can be enjoyed in short bursts or extended sessions, making it a perfect fit for your iPhone.

This beloved strategy series was first released in America on the Game Boy Advance, and has since become one of Nintendo’s most popular franchises. Similar to Advance Wars , Fire Emblem features strategic, grid-based gameplay. However, Fire Emblem distinguishes itself with its greater emphasis on story. The stories featured are grand in scope, with fully realized characters and plots. Through the course of your adventure, you’ll probably become attached to the likable and varied cast of characters. Make sure you keep them safe in battle, however, as Fire Emblem features permanent character death. If a character falls in battle, they will actually permanently die, affecting the rest of the story and preventing them from being used in future missions. This unique, heartbreaking feature adds an element of urgency to an already stellar strategy game.

WarioWare is probably the most bizarre series we have ever played. The game features hundreds of “microgames”, minigames with simple objectives like “Dodge!” or “Jump!” that only last a few seconds. While we mentioned earlier that action games are not typically suited for the iPhone’s touchscreen controls, the simple and quick nature of the microgames work well with the touchscreen. The microgames range from straightforward to hilariously bizarre, giving you little time to process the lunacy before being thrust into the next game. Combine this endless variety with an insanely colorful and memorable cast of characters, and you get one of the GBA’s most unique and entertaining games.

Any classics you think we missed? Leave a comment below!

The 10 best free to play games ever

Best video games to play with a partner