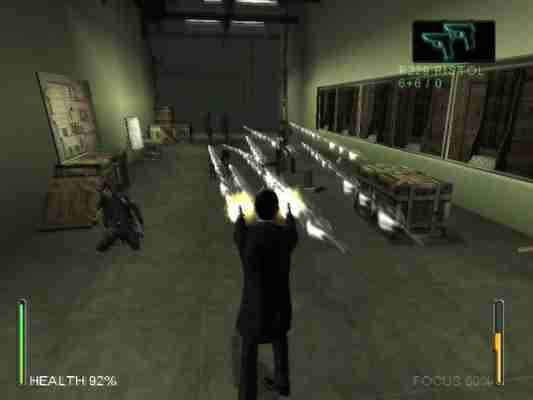 Bringing up movie tie-in games around any dedicated gamer is bound to elicit a cringe. Games based on movies have an arguably well-deserved reputation of being notoriously bad. However good the source material is, movie games as a whole tend to be nothing more than half-finished cash grabs attempting to capitalize on a film’s success. For a while, movie tie-in games fell out of favor, but may be about to enjoy a comeback. If the newly announced Avengers game is any indication, we might be on the verge of a movie tie-in renaissance in the gaming world. As such, we’re taking a look at 10 examples of excellence in this otherwise less-than-stellar genre.

Enter the Matrix took the term “movie tie-in” to the next level. Released at the same time as “The Matrix: Reloaded,” Enter the Matrix had a lot of the same team working on the game’s story, namely The Wachowskis themselves.

The game was intended to be a companion piece to the movie, and the two stories weave together in a way that adds a shocking amount to the plot of the movie. The game’s live-action cutscenes were filmed alongside the movie itself using the same actors, so in essence, Enter the Matrix acted as an entirely new Matrix movie.

In addition to the well-crafted story, the game played extremely similarly to PS2 classic Max Payne. Though Max Payne arguably did a few things better, the gameplay was still solid and made players feel like part of the movie. Ever wanted to see if you could hold your own against an Agent? Enter the Matrix let you put those skills to the test. 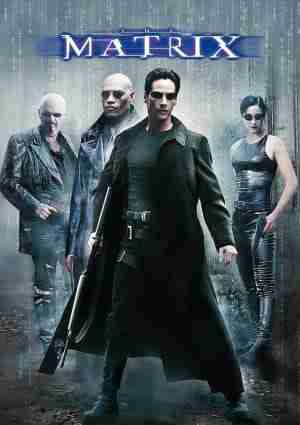 9. Harry Potter and the Sorcerer’s Stone 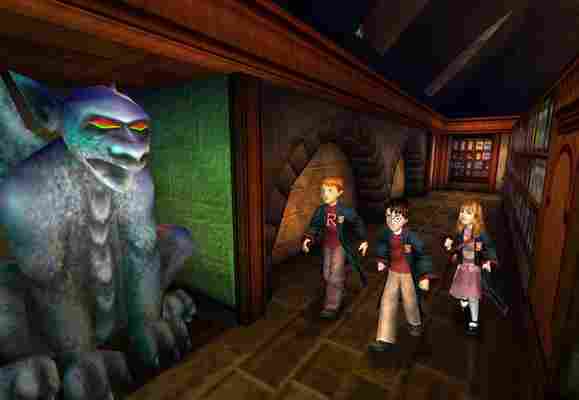 Released back when Harry Potter was first making a splash in the U.S., Harry Potter and the Sorcerer’s Stone took the hype to new levels. Built around platforming and puzzle solving with a dash of spell-based combat for good measure, this game’s real highlight was the setting.

Hogwarts was a fully realized, massive location. The sprawling castle included familiar areas from the books and movies as well as several original locations that drove home how massive the wizarding school really was. One of the best parts of the game was the positively ridiculous amount of secrets, easter eggs, and collectibles tucked away in hidden areas around the castle. Years later, and we’re still not sure we found them all.

Harry Potter and the Sorcerer's Stone

This one’s a bit of a chicken vs. egg situation. The original Ratchet & Clank first dropped in 2002 for the PS2, and was an action platformer focusing on the titular intrepid heroes and their efforts to save the galaxy from a nefarious dictator.

In 2016, Ratchet & Clank got a movie and a new game as a tie-in. Not exactly a reboot, the game was billed as a “reimagining” of the original that coincided with the events of the movie.

Though the movie left something to be desired, the game was fantastic. Combining the best of old and new, Ratchet & Clank merged all the improved gameplay of more recent entries in the series with classic characters and settings from the original. The game was a definite nostalgia trip and a solid entry in the franchise, whether or not you played the first game or saw the movie.

7. The Lord of the Rings: The Return of the King

They don’t make them like this anymore. Built on a well-realized backbone of hack-n-slash combat and some RPG elements , Return of the King let players live out the events of the movie, and the best part? You could do it with friends. The game was fully equipped for couch co-op. Players could select from a roster of iconic characters from the movie, each with their own unique fighting style and abilities. Then, you and your buddies could slice and dice through hordes of orcs in some of the film’s most iconic battles, with Howard Shore’s epic score blaring in the background. If anybody at EA is listening, may we humbly suggest that this game is due for a remake?

Who are you in the Lord of the Rings fellowship?

Playing Alien: Isolation is, without exaggeration, like stepping into an Alien movie. The level of immersion in this game is incredible ; set some time after the events of the original “Alien,” you play as Ripley’s daughter aboard the space station Sevastopol, investigating your mother’s disappearance. It soon becomes apparent that the Xenomorphs have made it aboard the Sevastopol as well, and almost from the moment you set foot in the game, you’re engaging in a tense fight for survival. From the distinctive 70s futuristic aesthetic to sound effects and music taken straight from the movies , this game is a love letter to “Alien” fans and a must play for anybody who enjoys a solid survival-horror experience.

Would you survive Alien?

10 chest-bursting facts about the Alien franchise

Is there any movie tie-in more quintessential than the classic GoldenEye 007? Originally created as a tie-in for the 90s Bond flick “GoldenEye,” the game’s popularity exploded and it soon took on a life of its own. Though it did include a single-player campaign based on the movie, multiplayer was where GoldenEye 007 really stood out. You and your friends could pick characters from classic and modern Bond films, tweak game rules to your liking, and then try to gun each other down in a number of distinct arena locations. Though the controls are a bit… clunky by modern standards, GoldenEye remains the gold standard for local multiplayer games to this day.

4. The Chronicles of Riddick: Escape from Butcher Bay

Way, way before Vin Diesel was Groot, he was Riddick. Riddick was the antihero protagonist of the early 2000s “Chronicles of Riddick” franchise, which spanned several films and even an anime.

In the game, players controlled Riddick as he attempted to escape from the maximum security Butcher Bay prison. The plot acts as a prequel to the movies, and the game itself plays like a glorious love child of Splinter Cell and Half-Life 2. It’s a blend of action and stealth that many games still struggle with today, but Escape from Butcher Bay achieved the mix perfectly. The game was remastered a few years back for the PS3, and we highly recommend tracking down a copy if possible.

Star Wars fans still have mixed feelings about the third entry in the prequel franchise, and those mixed feelings extend to the movie’s video game companion. Despite its shortcomings, Revenge of the Sith had a lot going for it. The story played right alongside the events of the movie, allowing you to take on the role of several characters and enjoy some satisfying third-person lightsaber combat. Multiplayer also shined, letting players select characters and duke it out on Star Wars-inspired battlefields.

Revenge of the Sith is the meat-and-potatoes of movie tie-in games: nothing too fancy, but still classic and a gold standard when it comes to how to do a movie tie-in the right way.

2. Peter Jackson’s King Kong: The Official Game of the Movie

Despite its horrendously long title, King Kong stood out among movie tie-ins as one of the best. Players take on the role of Adrien Brody’s character as he fights across Skull Island to save his girlfriend, Ann Darrow. Along the way, you encounter a rather gruesome array of monsters, from ghoulish giant vampire bats to full grown T-Rexes.

This game takes survival seriously: there’s no HUD at all , meaning you’ll have to keep track of your own health and ammo, and aim using your weapon’s iron sights as opposed to a reticle. Guns themselves are very rare, meaning players would usually find themselves improvising melee combat with spears and bones or just avoiding combat altogether.

Despite how it sounds, the game was never too difficult, but rather just the right level to be immensely satisfying. In addition, several standout sequences let you play as Kong himself , and there’s nothing we can write to quite capture how it feels to rip a T-Rex’s jaw clean off.

It’s pizza time. Before the recently released Marvel’s Spider-Man, Spider-Man 2 served as the template for everything that the new game got right. Players could swing around a huge open-world New York , taking on ambient missions in a style similar to GTA. Though the game did follow the events of the movie, the numerous sidequests made Spider-Man 2 into an experience all its own. Like any good Spider-Man iteration, it also didn’t take itself too seriously, and there are plenty of humorous easter eggs and encounters to discover around the city. Fingers crossed that the forthcoming Avengers game takes notes from this masked predecessor.

Is Spider-Man 2 still a good movie?

Movie tie-in games don’t have to be entirely bad. When developed by the right team, movie games can be unique and satisfying experiences all on their own.

More about movies and games

When will video gaming reach Ready Player One status? ►