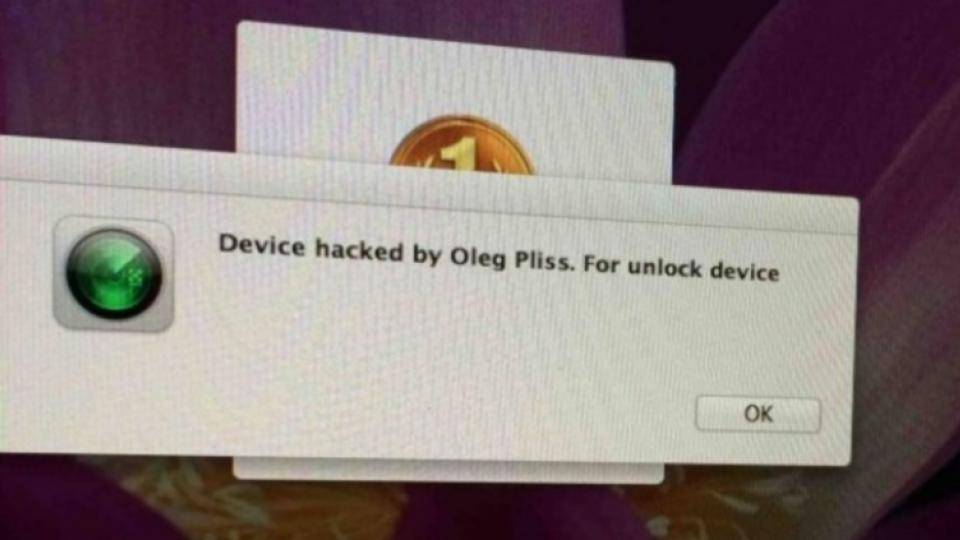 Apple has confirmed that iCloud has not been hacked following a spate of account hijackings in Australia, New Zealand, Canada and the US.

Bemused Apple addicts had been locked out of their devices by crooks who then asked for a ransom. Not just iPads and iPhones have been affected, but also Macbook and iMac computers.

People in Australia were presented a message explaining that their device had been "hacked by Oleg Pliss" and needed to pay $100 to unlock it.

Apple has scoffed at suggestions that its iCloud system had been compromised and told anyone affected by the crooks to change their Apple ID and password as soon as possible. Apple also said people should avoid using the same username and password for multiple services.

"Apple takes security very seriously and iCloud was not compromised during this incident. Any users who need additional help can contact AppleCare or visit their local Apple Retail Store," the company explained.

It seems likely that the people behind the scam have somehow accessed people's Apple ID credentials and used this information to lock them out of their devices.

The 'hack' is likely to have involved phishing emails and or social engineering to get access to passwords. Such tactics are an increasingly common way for criminals to gain access to personal information and online accounts.

People affected by the attack may have used the same password on multiple accounts, allowing crooks to use previously compromised user data to lock Apple devices.

Apple users should also use two-step verification to protect their Apple ID.