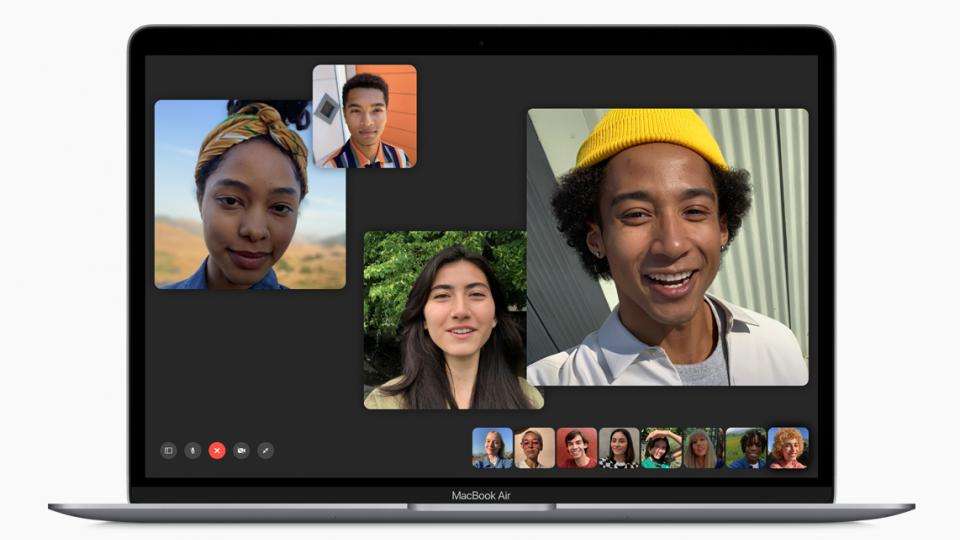 Apple has refreshed its MacBook lineup by adding a host of new features for a knockdown price.

The MacBook Air, which previously retailed for £1,199 is now £100 cheaper, while the upgraded MacBook Pro is available from £1,299 for its entry-level model.

As part of the refresh, Apple has added True Tone to the MacBook Air's Retina display, to give a "more natural viewing experience.” It works by automatically adjusting the colour of the display based on local lighting, and has been designed to make photos and videos look more true-to-life (and to reduce strain on the eyes).

The inclusion of True Tone is in addition to its existing features such as Touch ID, an 8th-generation dual-core processor, wide stereo sound and a battery life that Apple claims will last all day. You can read more about the previous MacBook Air in our review .

Meanwhile, the new 13in Apple MacBook Pro is now twice as fast, thanks to the addition of the latest quad-core processors, and comes with a Touch Bar and Touch ID, complemented by the Apple T2 Security Chip. Its display has also been upgraded to include True Tone, yet its starting price has remained the same at £1,299.

Apple is also offering a pair of Beats Studio 3 Wireless headphones with every purchase of a qualifying Mac notebook or iMac as part of its Back to School promotion , and is selling the MacBook Air and MacBook Pro at a discounted rate to students and teachers when bought through the Apple Education Store.

The amount of discount depends on what you’re buying, and you have to have been verified as a student or staff member to qualify. More details can be found on the Unidays site . Once verified, you can also get up to 20% off AppleCare+ plans and accessories.

The new MacBook Air and MacBook Pro will be upgraded to macOS Catalina later this year. The operating software, announced at Apple’s recent Worldwide Developer Conference , ditches iTunes in favour of Apple Music, Apple Podcasts and the Apple TV Plus app. Its Sidecar feature lets you use an iPad as a second display and Catalina adds greater security tools and improved Voice Control features.

You can buy the new MacBook Air and MacBook Pro starts at £1,299 today from apple.com and the Apple Store app. Both will go on sale in select Apple Stores and Apple Authorised Resellers later this week.