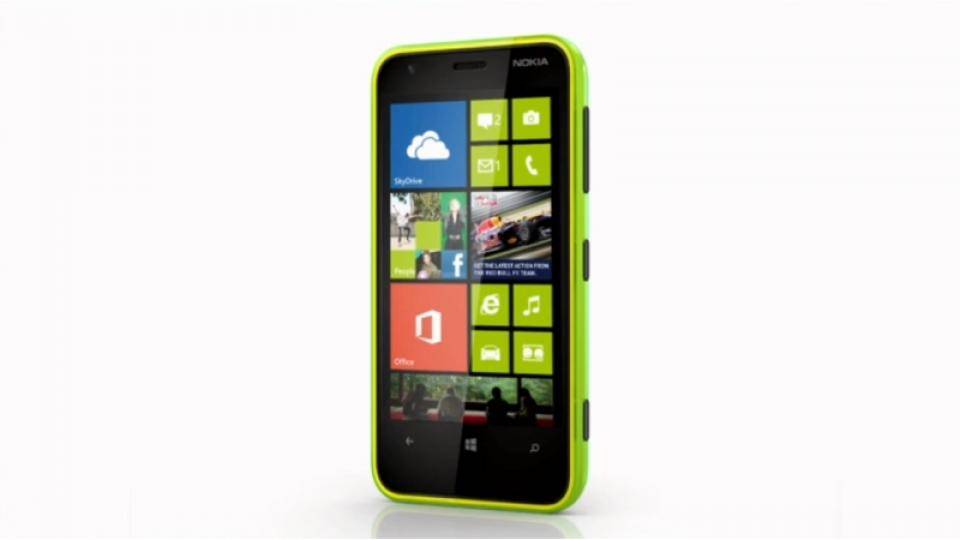 Nokia's Lumia 620 mid-range Windows Phone 8 smartphone has just been announced. The 3.8in device continues Nokia's latest trend of brightly coloured devices, with exchangeable shells that can be swapped out for other colours as and when you choose.

Marko Ahtisaari, Nokia's Executive Vice President of Design, made the announcement on stage at the LeWeb conference in Paris. The 3.8in, 800x480 resolution display uses the ssame ClearBlack technology as the rest of the Lumia line-up for improved visibility in direct sunlight, and the phone itself is powered by a Qualcomm S4 1GHz dual-core GPU. The phone will only include 8GB of internal storage, but will also support MicroSD cards.

The Lumia 620 will run Microsoft's Windows Phone 8 mobile operating system - there had been rumours online that Nokia would stick with Windows Phone 7.8 for its budget devices, but that was quashed at the announcement this morning.

As well as the lime green model shown off on stage, the Lumia 620 will also be available in orange, cyan, magenta, yellow, black and white, in either gloss or matt finishes depending on your choice of colour. When you feel like a change, you can simply pop off the shell and swap it out for another one.

No mention was made of whether Nokia's PureView camera technology would be making its way into the Lumia 620, but Ahtisaari did confirm the 5-megapixel rear camera would support the Cinemagraph and CityLens augmented reality applications, as well as the Nokia Music streaming service.

It will also include NFC, but we have yet to hear whether it will support the wireless charging pad available for the more expensive Lumia 920.

Launching early next year in Europe, the Middle East and Africa for €190, the Lumia 620 will also migrate to the US shortly after for $249. No UK pricing was announced, but as the successor to the Lumia 610, we would expect the Lumia 620 to be competitively priced when it launches here next year.