This article has collected several easy-to-use Python integrated development environments. It hopes to provide some reference for Python learners.

Some people once joked that if a random string was generated, a Vim editor is enough. Although Vim has a high threshold for use, once you learn it, the efficiency of writing code is great. Vim is an advanced text editor. It provides the actual Unix editor 'Vi' function. And it supports more and more complete feature sets. Vim does not require a lot of learning time. Once you need a seamless programming experience, then you are well suited to integrate Vim into your work. This is also one of Hacker's favorite editors.

Sublime Text is one of the most popular editors among developers. It has many functions and supports many languages. And It is very popular in developer forums. Sublime has its own package manager. Developers can use it to install components, plug-ins and additional styles. All these can improve your coding experience.

PyCharm is the Python IDE developed by JetBrains. It is used for the functions that general IDE has. For example debugging, intelligent prompting, syntax highlighting, code jump, automatic completion, Project management, unit testing, version control, etc. In addition, it provides some good functions for Django development. And it supports Google App Engine. Even cooler is that PyCharm supports IronPython. 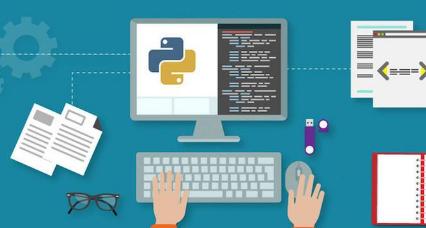 Visual Studio Code (VSCode) is a code editing tool developed for MS. It is free and open source, and supports Windows, Mac OS, Linux. VSCode is like a compact version of Visual Studio. Or it is like an upgraded version of Sublime. VSCode is very light in weight, so it is very smooth in use. For different needs of users, it can download the required Extensions to install. It is easier to configure Python development environment than Sublime. After Studio Code is configured, the environment is a Debug that can be directly visualized. There is no need to type various print or use PDB debugging commands.

Atom is a code editor called "Belonging to the 21st Century". It is created by GitHub programmers. It is open source, free and cross-platform. And it supports Windows, Mac and Linux desktop platforms). And it integrates GIT and provides package management functions like SublimeText. As a modern code editor, Atom supports code highlighting in various programming languages. Compared with most other editors, Atom's language support is more comprehensive. Its code completion function (also called Snippets) is very useful. You only need to enter a few characters. Then it will expand into various common codes. It can greatly improve our programming efficiency in this way.