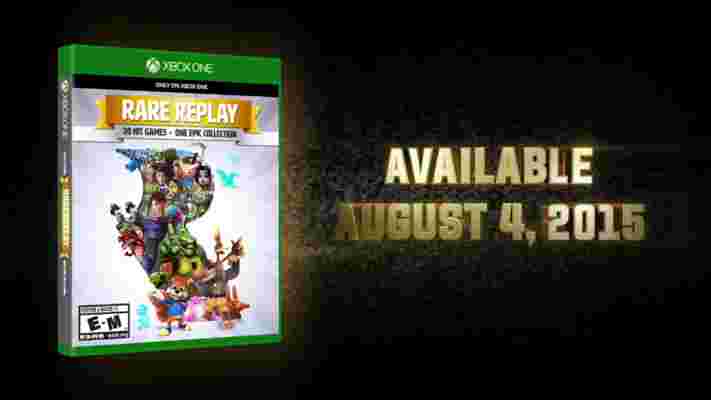 It had been rumoured for a while, but Rare used Microsoft's E3 press conference to finally confirm the Rare Replay collection, a pack of games containting 30 entries from Rare's back catalogue, all in one exclusive location - the Xbox One .

The highlights of the pack include Perfect Dark, Banjoe Kazooie and Conker's Bad Fur Day, three of Rare's most treasured Nintendo 64 releases (that aren't closely guarded by Nintendo, a la Goldeneye), along with other classic games including Digger T Rock, RC Pro AM and Solar Jetman (no, us neither).

More modern Rare releases, including Viva Pinata, Banjo Kazooie: Nuts N Bolts, and Perfect Dark Zero, all Xbox 360 games will also make the cut - no doubt made easier thanks to the newly announced Xbox One backwards compatibility . There will also be more familiar names making the cut, including Snake Rattle and Roll, Blast Corps and Battletoads. Honestly, the attachment players have to Battletoads never ceases to amaze us, but the Rare Replay is still good news for anyone looking to catch up on their gaming history.

It's great for achievement hunters too, assuming anyone actually still cares about their gamerscore in the current console generation. Rare Replay will have a whopping 10,000 Gamerscore to unlock, most likely for arbitrary actions, collecting thousands of items, and all the other repetitive tasks 'cheevie addicts will go through just to increase their score.

Rare Replay is set to go on sale on the 4th of August in the US for $30 - it's unknown if it will see a UK release on the same day, and whether we'll be expected to pay £30 to keep the numbers equal, regardless of exchange rate.

Thankfully re-releases weren't the only announcements from Rare - the developer is also working on a new open world, multiplayer game called Sea of Thieves. It's a pirate themed explore-a-thon where players can team up and set sail, searching for booty and new lands to conquer. We're far more excited to play games that actually tax our new consoles, and can't wait to see Sea of Thieves in action.