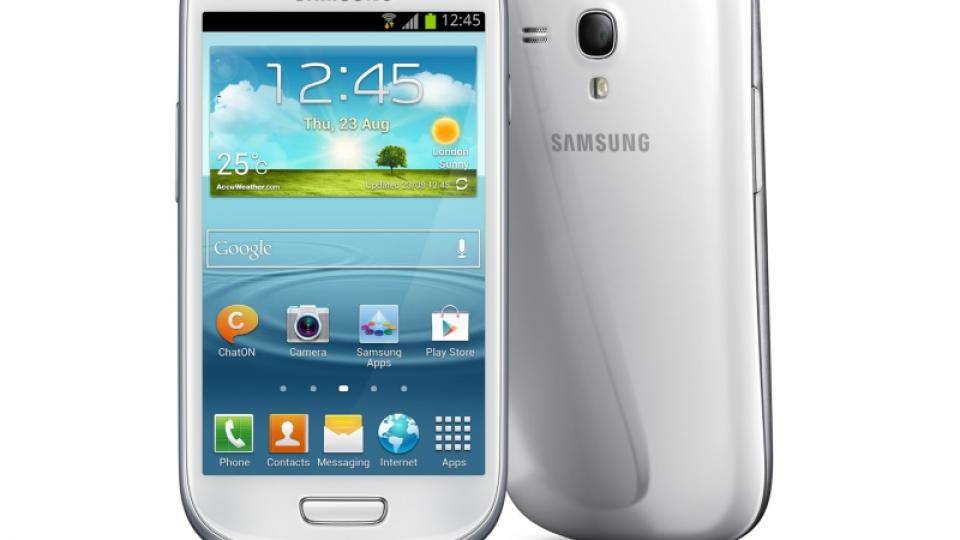 Samsung has confirmed its cut-down Galaxy S3 Mini Android smartphone will go on sale in the UK from the 8th of November.

The 4in handset might use the Galaxy moniker, but it doesn't exactly live up to the name - its WVGA 800x480 resolution AMOLED display, dual-core 1GHz processor and 5-megapixel camera are all significantly lower than the S3's superb specification.

Even so, it runs Android Jelly Bean, the latest version of Google's mobile operating system (version 4.1, rather than the tweaked 4.2 edition that will appear on the Nexus 4) and Samsung's usual range of refinements and additions, including the TouchWiz user interface and the Samsung S Voice assistant.

The S3 Mini will also include 50GB of Dropbox storage for two years, along with free copies of The Sims 3 and Bejewelled 2.

“The Galaxy S III Mini brings the high performance, intuitive ease-of-use and nature-inspired design of the Galaxy S III in a new elegant yet compact form." Simon Stanford, Samsung's UK & Ireland VP of Telecommunications & Networks, said at the announcement. "Following the massive success and popularity of the Galaxy S III and all its features, we are confident customers will enjoy the Galaxy SIII Mini when it hits the shelves”.

The handset will be available through all major UK networks, brick-and-mortar stores and from online retailers from the 8th of November, for free on contract from £25 a month or around £300 SIM free.