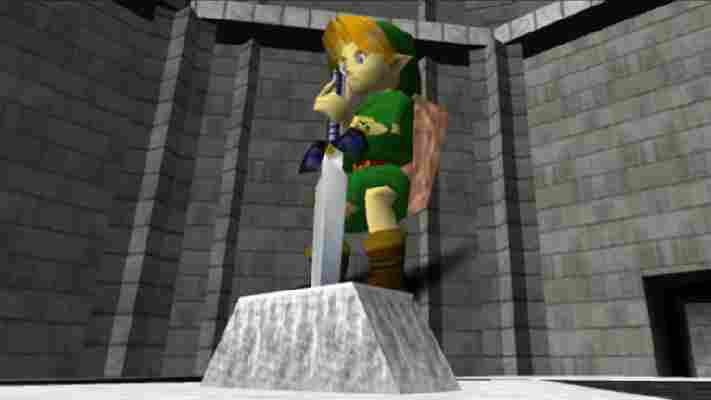 On November 21, 1998, The Legend of Zelda: Ocarina of Time hit store shelves and became an instant phenomenon. When Nintendo’s acclaimed Zelda series made the leap to 3D, critics were dazzled; to this day, many consider Ocarina to be the greatest game of all time. The seminal game turned 20 years old last week, so we’re going to take a look at what made Ocarina special, and how it changed gaming forever.

How The Legend of Zelda: Ocarina of Time changed video games forever

Younger gamers might not be aware of this, but the leap from pixelated 16-bit consoles to 3D, polygonal 64-bit consoles was mindblowing. It was perhaps the greatest technological leap the gaming industry will ever see. Developers had to assure people who watched gameplay footage that yes, they were watching an actual game and not a prerendered movie.

But the switch to 3D came with more than just fancy new graphics. The ability to move freely in 3D brought with it several new obstacles in game design never had to be considered in the 2D era. How should a player move around? Should the z-axis be taken advantage of? How big can and should the world be?

Nintendo first honed their 3D game design with Super Mario 64. Creating a Zelda game, however, was a whole new challenge. Zelda games are slow, immersive, and deeply atmospheric, unlike Mario. The games heavily rely on massive worlds and detailed environments that the players must observe in order to find solutions for puzzles. 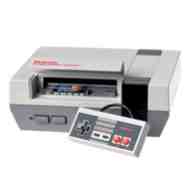 These 10 NES cartridges are worth a fortune

Designing the controls came first. The ability to move freely in 3D wasn’t enough to enthrall gamers, the movement had to actually be fluid and fun. Super Mario 64 proved that Nintendo knew how to create fun movement in a 3D space. Like Mario, they gave Link a set of basic moves, including rolling, running, and an adjustable camera. However, the wide variety of puzzles, obstacles, and gadgets present in a Zelda game meant that Link had to have a much wider variety of available actions than Mario did.

Nintendo solved this problem simply and gracefully with the contextual button. While the B-button always makes Link swing his sword, the A-button does whatever its icon says on screen. This gives Link a huge variety of available actions, including picking up and throwing objects, talking to people, climbing a ledge, or pushing blocks. While a contextual button with a wide variety of uses may seem like standard fare today, its ability to allow Link to seamlessly and naturally interact with the world around him was revolutionary back in the day.

Link’s gadgets also received an overhaul to fit their new 3D environment. In Ocarina Link gained the ability to assign items to three different buttons , allowing him to switch quickly between them as the situation demands. Returning gadgets like the hookshot, bow, and boomerang were updated to take full advantage of the new z-axis. Link could use any of his aim-able objects from a first-person perspective, allowing for precise aiming and adding a sense of verticality to the gameplay.

The game’s most enduring and imitated gameplay innovation is the Z-targeting system. The ability to lock onto enemies is an absolute must for any 3D action game worth its salt, and Ocarina was the first ever game to implement this system. 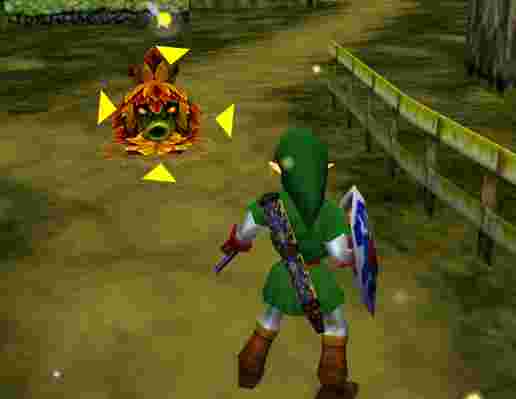 Basically, when an enemy is nearby, the player can lock onto enemies by pressing the Z-button. While locked on, Link will constantly face the enemy. While moving around, Link will strafe, constantly keeping the enemy in view and keeping track of its attacks. This revolutionary system led to intense sword fights with enemies and bosses, where careful footwork, shielding, and sword strikes were all necessary to emerge victoriously. If you enjoy the ability to lock onto enemies in 3D games, be sure to thank the Ocarina development team.

The top 10 video game series of all time

A Vast World to Explore

Once players progress enough to leave Kokiri Forest and enter Hyrule Field, they see for the first time the massive scope of the game’s world. Through some clever visual tricks and tight game design, Nintendo made Hyrule field look absolutely massive while making it simple and quick to actually get to where you want to go. The field is very hilly, with various hills giving the player a viewpoint beyond the parts you can actually access. Being able to see a vast expanse over the horizon made the world feel open and alive rather than a giant 3D room.

The player can also see massive objects in the distance like Hyrule Castle and Death Mountain, incentivizing them to explore and progress the story so that they can visit these locations. The open-world game design philosophy of “Go anywhere, do anything” was started by Ocarina of Time and its large but densely packed world.

What are the best selling video games of all time?

The game’s day-and-night cycle and time travel mechanic (more on that later) kept the world feeling fresh and alive by changing it every so often without totally transforming it and making the player feel lost. Major locations like Kakariko Village, Lon Lon Ranch, and the Castle Market are populated by memorable characters who follow their own miniature stories as the game progresses. The characters react to the advancement of the story, which helps the player feel like they’re making a tangible difference in the world.

A Story That Crosses Time

The amazing world created by the developers help prop up the game’s story. The overarching story is relatively simple: The prophetic Link must do anything he can to stop the evil wizard Ganondorf from destroying Hyrule. Nintendo took this time-tested and simple premise and added enough twists to keep the story engaging.

The prominent twist that Nintendo puts on the good versus evil formula is the time travel system. When the game begins, you play as child Link. The world is cheerful and idyllic, with Link and Zelda’s quest to stop Ganondorf being portrayed more as a childlike game than a serious, world ending quest.

However, as the story progresses you eventually fall into a seven-year coma , waking into a changed world. The happy Kokiri Forest village you once called home is now infested with deadly monsters, forcing the once carefree villagers to isolate themselves in their homes. The formerly bustling Castle Market now lays in rubble and ruin. The crowds of energetic townsfolk are replaced with ReDeads, undead moaning monstrosities who paralyze Link with fear if they get too close. These bleak depictions were shocking and dark, especially considering Nintendo’s family-friendly image.

Many games choose to build their world as either happy and whimsical or beaten down and apocalyptic.  In adventure stories, an idyllic setting is used to show the hero the grand world they need to protect, while apocalyptic settings show ruined worlds that the hero must fight to restore. The problem with basing a world off of one of these settings is that the viewer has no point of reference for what the world would look like if it was ruined or saved.

Through its time travel mechanic, Ocarina fuses the two settings together, solving this problem and strengthening them both. When you see beloved locations you loved exploring as child Link get ruined by Ganondorf in the future, it gives you real motivation to take him down as an adult and restore the world to its rightful place.

The time travel mechanic adds to both the gameplay and the story, highlighting the game’s theme of growing up and the loss of innocence. As Link moves beyond Kokiri Forest, saying goodbye to his best friend Saria, he meets unimaginable conflict and a vast and confusing world. Ocarina of Time’s story excellently portrays the relatable feeling that comes with growing up quickly and being thrust into a world you don’t understand or trust. While the world is filled with people to meet and adventures to be had, you meet conflicts that you never could have dreamed of as a child. Still, through bravery and some help from your friends, these dark times can be overcome, culminating in a grand adventure.

Even though Link is sent back in time at the end of the game, he can never truly relive his childhood with the knowledge and world experience he now has. Ocarina of Time displays the unavoidable life step of growing older, and how it can be confusing and terrifying. But as draining as it can be, leaving childhood and going through the rest of your life is an adventure that’s worth having, because not knowing what’s is lurking around the corner is the most exciting journey any of us will go on.

Through all of its innovations, Ocarina of Time stands tall as one of the best video games of all time even 20 years after its release. The game’s blending of inventive game mechanics, layered story, and an unforgettable world would heavily influence future classics like Dark Souls, Half-Life, and even Minecraft. It’s nothing short of a miracle that Nintendo nailed the 3D Zelda formula on its first try, creating not only a worthy successor to the franchise but an amazing adventure that would thrill players for decades to come.

Have you played Ocarina of Time? Do you think it deserves the praise? Let us know!

This crazy version of Super Mario will trip you out ►

Everyone is here with Super Smash Bros. Ultimate ►

Trending Is this cardboard arcade machine the best thing you can do with a Nintendo Switch? ►