Imagine Netflix, but for video games. Seems too good to be true, right? Actually, this fantasy is a reality. PlayStation Now offers instant access to more than 700 PlayStation 2, PlayStation 3, and PlayStation 4 titles, all available to stream instantly to your PS4 or computer.

With such a massive library of games , it can be tough to decide where to jump in. Fear not, because we’ve compiled a list of the 10 best games on PlayStation Now: 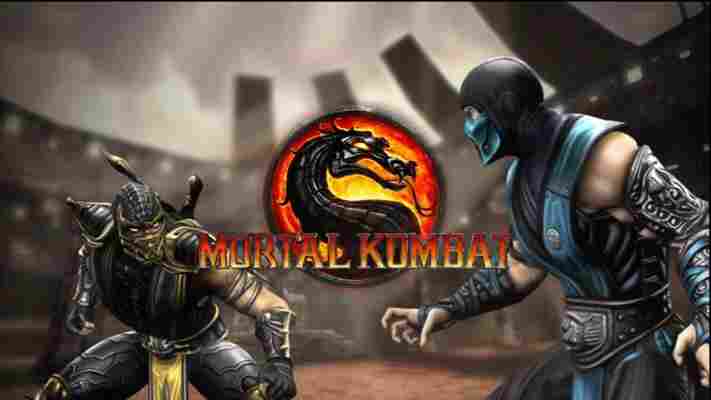 With a surprisingly compelling (though quite cheesy) plot and a crazy long challenge ladder mode, you’ll have plenty to do in the game’s single-player. But that’s why you buy MKX – this is one of the best 2-player games out there, whether you’re online or in the basement couch, doing a tag ladder or bashing each other in the face with brutal X-Ray attacks and fatalities.

Everything we know about Mortal Kombat 11

If you haven’t had enough fighting games with MK9, then step into the ring with one of the best wrestling video games of all time . Developed in a collaboration between Yuke’s and Visual Concepts, WWE 2K16 has more than 120 unique playable characters , five game modes, and much-improved gameplay from its predecessors. Advanced holds, tornado tag-team, smoother animations, and all-around superior visuals and audio, this is definitely one every fighting game fan needs in their library!

Bioshock’s third entry puts you in the boots of Booker DeWitt, a detective hired to retrieve a girl, Elizabeth, from the flying city of Columbia. This game perfects the gameplay of the first two entries in the series , but Infinite’s story is what really sets it apart. The shocking twist ending inspired endless discussion, speculation, and philosophical musings across the internet and beyond are phenomenal. If you haven’t had it spoiled yet, we highly recommend experiencing it for yourself. If you’re looking for the classic Bioshock experience, however, fear not: the first two entries in the Bioshock series are also available on PlayStation Now.

Even though it came out over two years ago, Sniper Elite 4 is one of the most tactical shooters on the market. The game will put you in 1943 Italy as an expert marksman behind enemy lines. You’ll be setting up traps, lining up shots, gunning for high-ranking officers, and – if things get dicey – running for your life. The game has smarter AI than the previous games, a grittier plot involving a new Nazi weapon, and night missions during which the player can eliminate light sources to mask their presence. A lot of things happen at once in SE4, and like the trailer says “timing is everything.”

When you strap in for an action-adventure game by Naughty Dog , odds are you already know what you’re in for. One of the best-reviewed games of 2011, in Uncharted 3 you play as explorer Nathan Drake as he searches the Rub’al Khali desert for the lost city Iram of the Pillars . Leap, run, scale, swim, and navigate narrow ledges, sheer drops, and vast terrains as you search high and low. New fight mechanics include hand-to-hand combat against multiple opponents, contextual melee attacks, and a potpourri of new stealth options.

5. Shadow of the Colossus

An instant classic first introduced on the PlayStation 2, Shadow of the Colossus is a truly gorgeous game. As the player character, you travel to a mysterious land and fight a series of massive Colossus creatures in order to bring your true love back from the dead. The game is essentially an endless series of boss battles , with each Colossus bringing its own unique twist that makes every encounter as much of a puzzle as it is a fight. The graphics are gorgeous, and the breathtaking vistas are a huge part of what makes this game such an incredible experience.

Bloodborne is a world created by your fears. Your goal is to meet those fears head-on and conquer them in a world rife with danger and risk, where death and insanity lurk around every corner. The title is reminiscent of Dark Souls , with its death and save mechanics seamlessly intertwined with gameplay, making for a harrowing experience for even the most well-versed gamers. Combat is quick and demands a strong offensive, while you need to equally keep up your defenses against hordes of nightmarish enemies and merciless bosses.

When being shot in the head and left for dead in a ditch somewhere in the wasteland only makes you angry, you know you’re in for a fun ride. Fallout: 4 does everything that a Fallout game can do right: Massive world, strong RPG elements, factions to join or fight, a good crafting system, and a post-nuclear apocalyptic world swarming with mutated creatures. The game also improves upon several core features of previous Fallout titles, including combat, kill animations, easier character customization, and a modified perk system. Oh, and Dogmeat is still such a good boy.

A true masterpiece from Naughty Dog . The Last of Us is set in the near future after a fungal plague wipes out nearly all of humanity. Grizzled smuggler Joel agrees to escort a young girl, Ellie, on a dangerous cross-country journey in the hopes of finding a cure for the infection.

The story and performances of this game are what make it stand out. The emotional plot pairs well with stealth heavy survival gameplay, making each encounter into a uniquely satisfying challenge. The game’s Left Behind DLC is also available on PlayStation Now, and though short, is just as emotional and powerful as the main game. With the Last of Us 2 on the horizon, now is the perfect time to get caught up.

Here’s everything we know about The Last of Us 2

Red Dead is the most popular game on PlayStation Now for good reason, and with Red Dead Redemption 2 now available, there’s no better time to play the original. The Rockstar title puts players in the shoes of outlaw John Marston in the waning days of the Old West.

Players can explore a sprawling map featuring seemingly endless side quests and locations, customize their character, try their luck at gambling, enter horse races, and more. Think of it as a sort of Wild West version of Grand Theft Auto… except instead of cars, you’ll be hijacking horses.

Do I “keep” PlayStation Now games?

There is a bit of a concern over whether or not you truly “own” your PlayStation Now games. However, there is a simple answer.

3 ways to get better at Overwatch►

The 10 best games on PlayStation Now ►