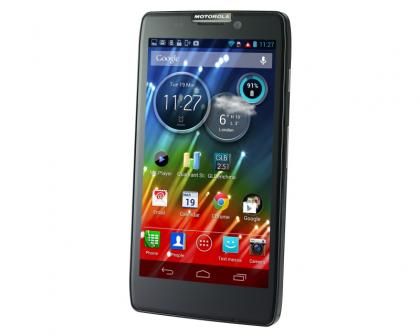 With our RAZR HD review coming around the time that HTC, Sony and Samsung are unleashing their big guns for 2013, it could seem like a blast from the past. In terms of specification and price the new RAZR HD is a great alternative to the Samsung Galaxy S3 - though given how excellent the S3 still is, that could hardly be judged as a criticism. In some respects the RAZR HD is superior to the S3, and at least with the RAZR HD you won't be buying a phone that's about to be so publicly superseded.

The new RAZR HD follows the design cues of previous models. We think it's unashamedly macho...

With the new S4 likely to cost at least £35 on contract, the S3 and the RAZR HD are comparative bargains at £22 a month on decent two-year 3G contracts (300 mins, 500MB and unlimited texts). The RAZR HD is 4G-capable, though, which puts it one step ahead of the non-LTE S3 that you get at this price. The RAZR HD isn't currently available on a 4G contract from EE, but it will work with the other networks when they roll out their services later this year. 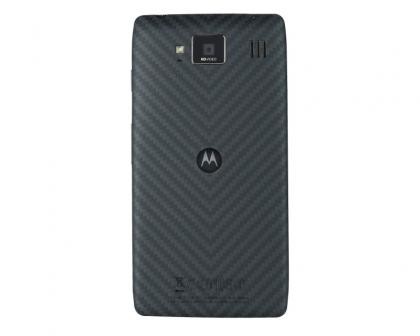 ...especially the Kevlar rear panel, although it's not actually bulletproof

Compared to the S3, the RAZR HD comes out on top at first glance. It's a little iPhone 4-esque, with its squared-off metallic sides, but the back is pure RAZR. It's covered in carbon-fibre like previous models, but the material is now wrapped seamlessly around the edges of the handset. The design not only looks great, it also makes the phone really easy to hold. Even the power button and volume rocker look good, as they're slender and made from the same material as the side sections of the phone. The handset is a little smaller than the S3 in height and width, but fractionally chunkier at the top end. These differences aren't surprising, as the RAZR HD has a fractionally smaller screen – 4.7in vs 4.8in – but a larger battery.

Even the ports are eminently practical, with separate HDMI and USB connectors, compared to the Samsung Galaxy S3's combined port

Unlike the S3, there's no removable back plate, which is one of the reasons the phone feels so much sturdier – it's also splashproof. The downside of the waterproofing means the battery is sealed away inside and can't be replaced easily. Thankfully, it's a whopping 2,530mAh model, which is 20% bigger than that of the S3. This showed in our tests. The RAZR HD produced an incredible 14 hours and nine minutes in our constant video playback test, which is four hours more than the non-LTE S3 and is among the best scores we've ever seen. It's only beaten by the Motorola RAZR MAXX , with its 19-hour battery life. This is a phone that will last all day, even if you decide to switch to battery-hungry 4G.

Inside is a dual-core 1.5GHz Qualcomm chipset, it's hardly a speed demon, as shown by a JavaScript SunSpider benchmark score of 1,828ms. We've seen handsets manage almost twice that score, but Sunspider is fairly dependent on the phone's browser; the Samsung Galaxy S3 only managed 1,771ms, and we've never had any complaints about that handset's browsing performance.

In the GLBenchmark 2.5 Egypt HD test, which shows off a phone's graphical abilities, the phone scored 22fps, which is far quicker than our S3's 15fps in the same test. For comparison, the new flagship HTC One scored 31fps in this benchmark.