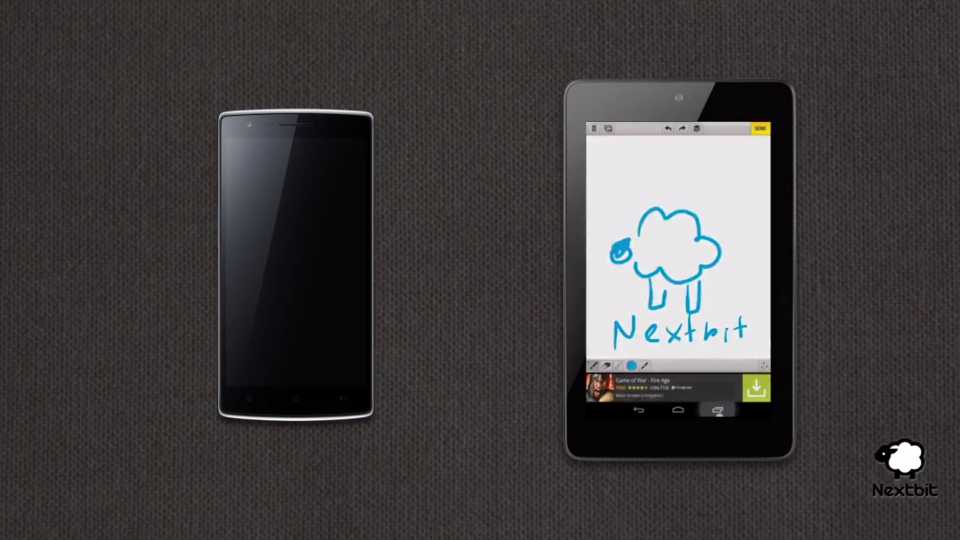 NextBit, a start-up company formed by a group of ex-Google staff, has announced its first project; Baton, a framework for Android smartphones that aims to bring Apple's cross-platform Continuity features to Google smartphones and tablets.

Introduced with iOS 8.1 and OS X Yosemite , Continuity is Apple's name for sharing data automatically between multiple devices. If you started writing an email on your iPhone , it will appear on your iMac desktop for you to finish it with a keyboard. Nextbit wants to bring a similar system to Android, which will make it easier to share content between your smartphone and tablet.

With Baton, which has been developed in partnership with Android ROM makers Cyanogen, you'll be able to pass an app's current state between devices. That could mean browsing the same web page, editing the same file or playing the same level in a game - as long as both devices have Baton and the relevant apps installed. If you try to pass an app to a device which doesn't have it installed, Android will prompt you to download it from the Play store.

Passes are toggled by holding down the Recent Apps soft key and choosing your target device. The pass itself takes a few seconds and will automatically wake up the target device. You can pass between multiple devices, as long as they are associated with the same Cyanogen account.

Baton has one advantage over Apple's Continuty; App developers won't actually have to do anything to add Baton support, as the framework works with existing apps. Handoff only works on iOS and OS X apps with Apple's APIs, which require development time to add to existing apps.

Because it's a major part of the Android operating system, however, Baton isn't something you'll be able to download from the Google Play store. Nextbit has said it is currently in testing by a group of selected CyanogenMod users, and will be making its first public release on the commercially distributed version of Cyanogen OS - meaning the powerful OnePlus One smartphone should be first on the list to get it.

Now that Apple has proven the concept of cross-device data sharing, and third parties like Nexbit working on similar features for Android, we don't doubt Google itself will be far behind with a similar feature. In the meantime, however, Baton could be the best way for owners of multiple Android devices to share their files and game progress between their handsets.