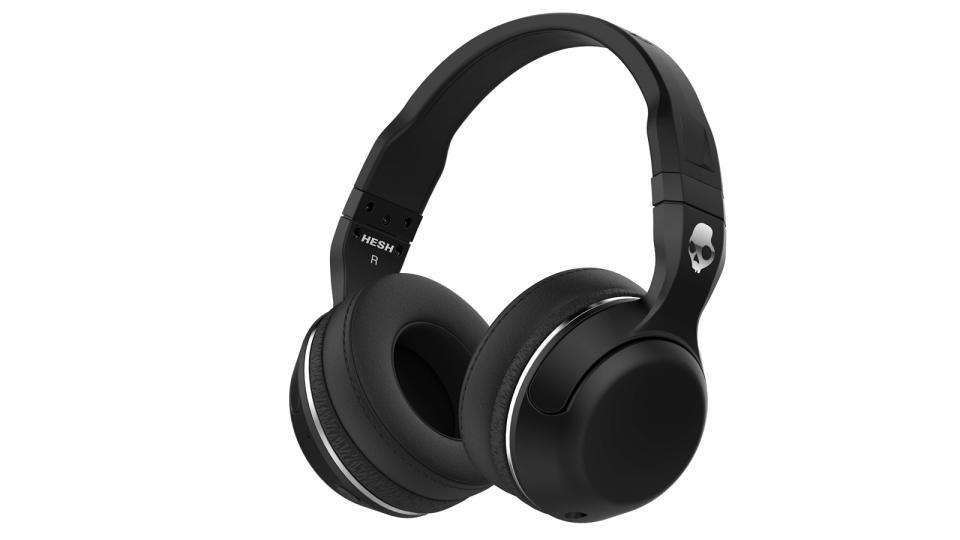 The Skullcandy Hesh 2.0 headphones have been around for a few years but they’ve only more recently added Bluetooth in this 'Wireless' version, while notably maintaining a budget price. Available for around £47 you’ll generally be hard-pressed to find a pair of on-ear Bluetooth cans from a brand you recognise at this price.

Upon initial inspection, however, it’s clear that you need to temper your expectations in accordance with their low price. The Hesh 2.0 Wireless are distinctly plastic although the plastic does have a soft touch finish.

Here's all our top headphone picks on one page

The headband isn’t padded in any way so tends to sit a little uncomfortably on the top of your skull. The earcups, at least, are generously padded with synthetic leather but the tight headband still has a habit of crushing them against your ears.

However, the earcups seem unable to decide if they want to be circumaural or supra-aural in that they neither rest on your ears nor completely encircle them. Instead, they do a bit of both and not particularly comfortably. My ears felt bruised after an hour of listening. I also wasn't fond of the stitched detailing, which I felt looked cheap.

The Hesh 2.0 Wireless are very bulbous making the headphones larger than I would like. They look gigantic and silly when I have them on my head. You can just about rest them around your neck when not in use but the earcups will sit uncomfortably close to your chin due to their size.

The headphones are also reasonably heavy at 472g, making them tiring to wear for long periods. A simple fabric bag is included to transport the headphones but this offers basically no protection.

As is the case with Skullcandy’s other headphones, the Hesh 2 Wireless are available in a range of finishes, including black, silver, light grey and more elaborate camo options. A shiny Skullcandy logo sits directly above the earcup on the headband.

The black model I reviewed had chrome detailing. It’s inoffensive enough, aside from their large size, but they definitely look like a budget pair of headphones, which is a shame considering I was a big fan of Skullcandy’s Grind headphones that had a design and build quality beguiling their budget price.

The right earcup has an illuminated multifunction button that turns the headphones on and off as well as letting you play, pause and skip tracks. There are also volume adjustment buttons. They’re easy to find but they feel cheap and clicky. When turned on the multifunction button’s ring light blinks blue every few seconds, which could prove annoying for anyone sat nearby, especially if you’re in a darkened room or on a plane.

A Micro USB charging port is hidden away above the left ear cup and requires you to tilt the earcup in order to find it. Skullcandy rates the battery life at around 15 hours and after a week of listening this seemed accurate. There’s also a 3.5mm auxiliary connection as a backup for when the battery dies or if you want to use the headphones with a non-Bluetooth device.

Sound quality is about what I would expect for headphones at this price. There’s a respectable amount of low-end but it’s not overly aggressive. Highs are a little weak, however, and there’s a distinct warmness to the sound signature. It all sounds a little lifeless but again, you can’t really expect more for the money you’re paying.

While the Hesh 2.0 Wireless sound respectable for their price, the build quality and design are rather lacklustre. They’re just too big and garish for anyone fashion-inclined and they’re uncomfortable to wear for prolonged periods making them distinctly average overall. If you don’t mind dealing with the cable, Skullcandy’s other headphones, the Grind , are a much better choice all round.