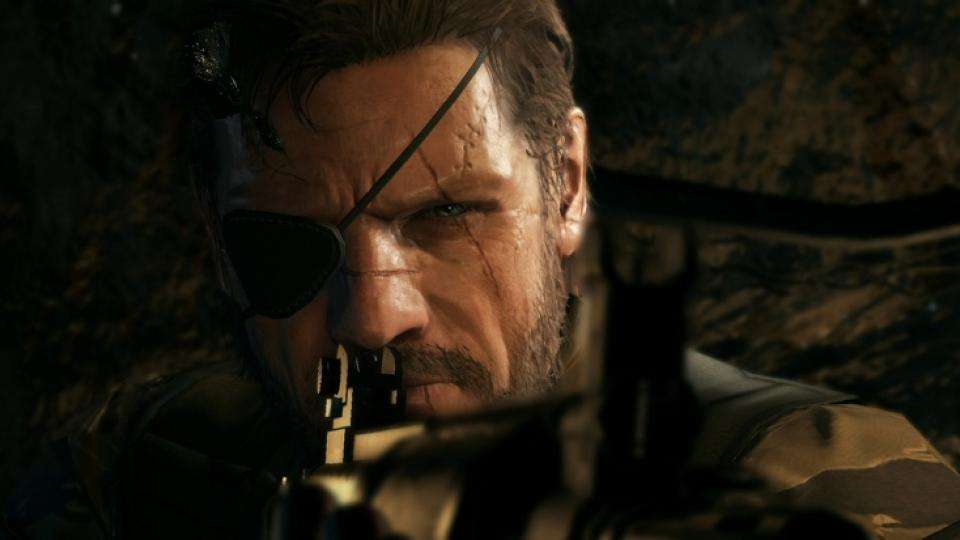 Metal Gear Solid creator Hideo Kojima is renowned for his sense of humour when it comes to putting his greatest creation in ridiculous situations, and this year's Gamescom was no different. On stage at Sony's pre-show press conference to reveal more details about the upcoming Metal Gear Solid 5: The Phantom Pain, the director instead chose to focus on Snake's multi-purpose cardboard box.

Not only will Snake be able to jump out of his trusty box on command, surprising enemies with a quick shot to the face, and dive out the side when spotted to leave the box in situ as a distraction, but he'll also be able to customise it with various stickers to give you another tactical edge on the battlefield.

Slap a sticker of a saluting soldier on the box, then stand up in front of an enemy and they will ignore you, continuing on their patrol unaware of your presence. Swap the sticker out for one of a swimsuit model, however, and you'll instantly grab their attention, drawing them away from their usual patrol route. You can then pop out of the box to surprise them, or dive out the side unseen and get past without having to knock out the guard.

The video also demonstrated how Snake can use the Fulton air recovery system to snag subdued enemies from within the box, strapping them to a helium balloon and lifting them into the air for capture and return to Mother Base.

The teaser video ended with Snake pulling a PlayStation 4 console box onto his head - possibly a hint that Sony's console will be getting some exclusive content, even if it's only a comical addition rather than anything major.

Unfortunately Kojima didn't reveal a final release date for the game, which is merely penciled in for a vague "Q1 2015" launch. We'll have to wait until later in the year to find out exactly when we'll get our hands on The Phantom Pain, which is set to launch on Xbox One , Xbox 360 , PS4 and PS3.