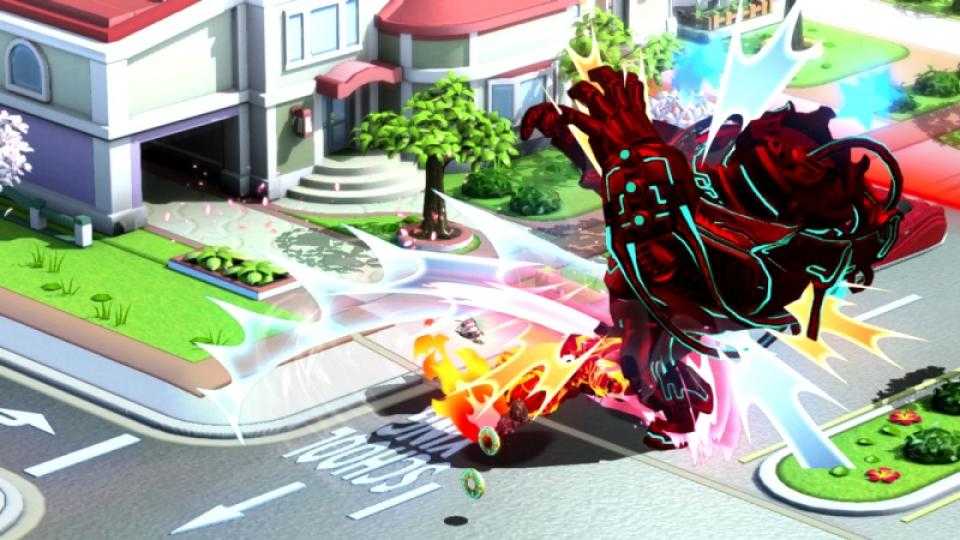 When you’re out on stage, they say it helps boost your confidence if you imagine everyone’s in their underpants. That’s definitely not a problem for the alien invaders of GEATHJERK, though, as one hit from these guys will quite literally reduce your mighty army of pint-sized super heroes to nothing more than their boxer briefs. It’s not particularly dignified, but neither is PlatinumGames’ eccentric comic book action-brawler that owes as much as of its style to Pikmin as it does Viewtiful Joe.

You don't have any traditional super powers per se, but the key hook is that your band of saviours can use their Centinel suits to transform into huge makeshift weapons known as Unite Morph attacks, from Wonder Red's giant fist right down to the ammo required for Wonder Green's gun. They're triggered by drawing various shapes on the GamePad's touchscreen or by using the right analogue stick, and the more Wonderful 100 members you have, the bigger and more powerful they become. Growing your ranks is simple, too, as you can lasso nearby citizens with the touchscreen to turn them into temporary hero recruits.

Enemies tower over you to begin with, but gathering extra recruits will soon tip the scales in your favour

After an opening that's as bombastic as it is bonkers, you'll settle into a natural rhythm of fast-paced battles and slightly more sedate exploration as you race to save your planet from the impending alien takeover. You’ll follow a very linear path through each crumbling metropolis, but there’s plenty to discover along the way, whether it’s recruiting secret Wonderful 100 members, special platinum coins and figurines, or extra batteries to power up your Unite Morph gauge. There's never a dull moment to be had here, as there's always something that's bigger (and madder) round the corner.

With PlatinumGames at the helm, battles are all about hammering buttons and racking up combo scores to help you earn the best medal at the end of each fight. It's not terribly sophisticated, as the way to victory often lies in pummelling enemies into submission with the same attack as opposed to stringing together elegant button combos, but there's a lot of fun to be had with managing your limited attack power. Hordes of enemies will flood the screen, so you're natural instinct will be to draw as big a shape as possible. These will take a sizeable chunk out of your Morph gauge, though, so you'll need to balance these with regular attacks to help recharge your batteries. 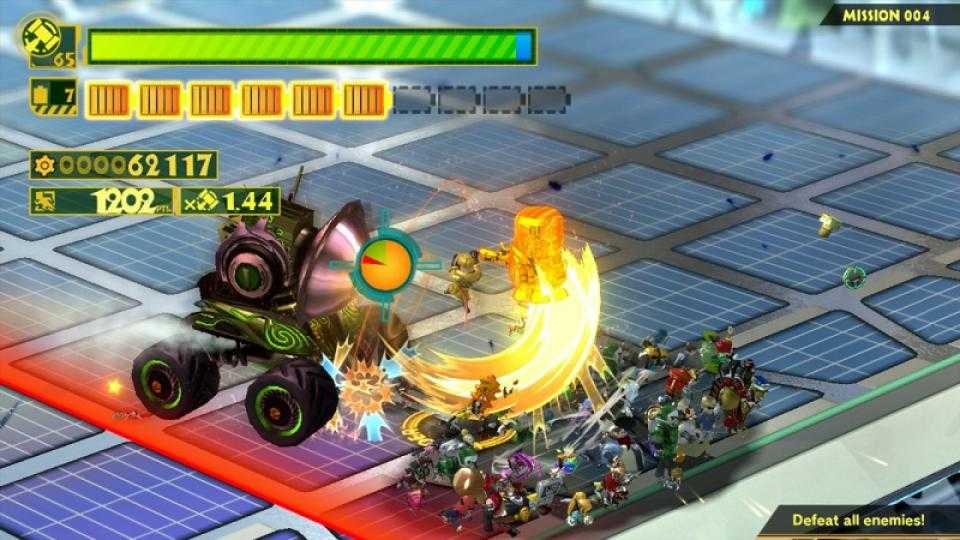 Given the speed at which each battle takes place, you might not think you'll have time to glance down at the touchscreen to quickly scrawl out your next shape, but luckily the game enters a period of slow-motion whenever you start drawing. This helps give you some critical thinking time as you plan your next move, but it’s also quite forgiving for those who prefer to use the analogue stick. However, this generous amount of leeway does have its drawbacks, as we found similar shapes like the Unite Whip and Unite Hammer were often mistaken for each other, but at least the slow-down period lets you quickly remedy your mistakes on the touchscreen if necessary.

There's also the option of splitting your army into smaller independent Unite Morph attacks by hitting X at the end of drawing your shape. It's a shame they don't last very long, as they quickly re-join your ranks once they've performed their set attack pattern, but it's a neat diversion tactic if you need a little more breathing room. 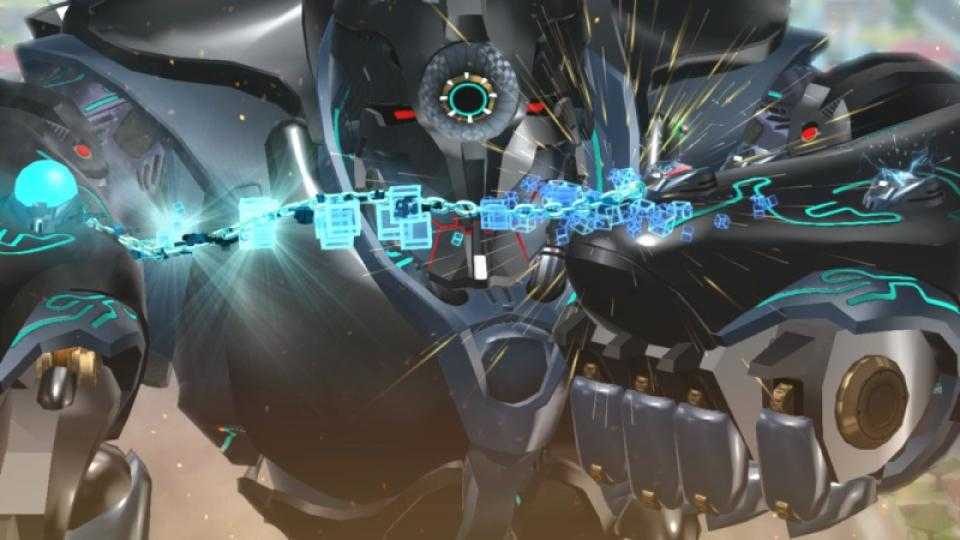 Boss battles are where the real fun happens, though, as these colossal foes are easily where the game’s most inventive. Genres collide from all walks of game design here, but it never feels messy or confused as each segment fits so well into its over-arching structure. You'll be bounding across falling debris one minute and flying after enemy aircraft in an on-rails shooter section the next as you tackle each stage of these city-wide scraps, and there’s even a moment later on where you have a boxing match inside an active volcano using the giant robot you’ve just defeated to KO an even bigger mech. It’s completely mad, but it never fails to bring a stroke of genius to the fray.

There are times the game's frenetic nature gets the better of it, though. While the game makes sure you understand the basics of your own moveset, teaching you how to use them in order to counter enemy attacks is not The Wonderful 101's strong suit. It's certainly very refreshing to be thrown in at the deep end for a change instead of being molly-coddled with heavy-handed tutorials, but it can get frustrating when you're facing the Continue screen for the fifth time running because you've failed to cultivate a sixth sense about how to defend yourself. Some players will revel in this process of discovering each enemy's weakpoints and tell-signs, ourselves included, but a little more guidance early on wouldn't have gone amiss. 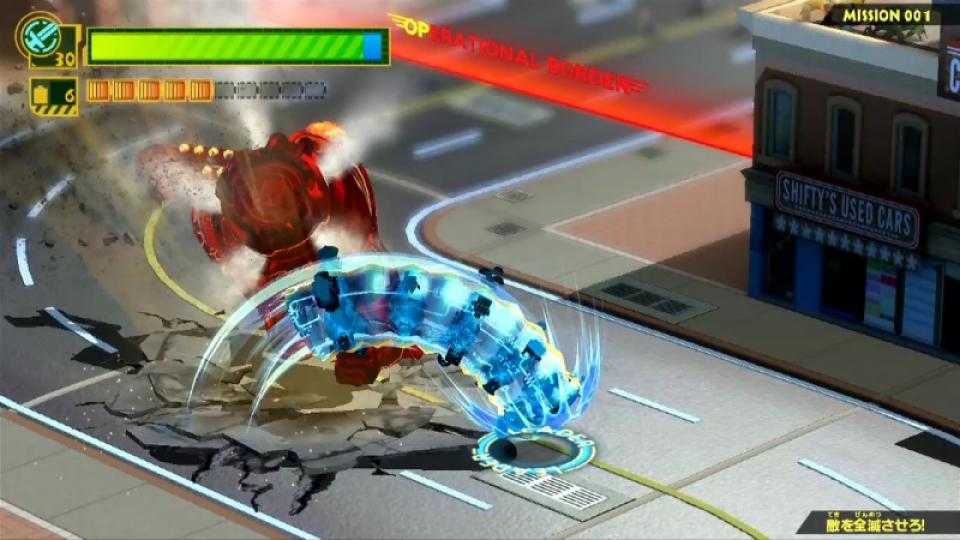 You can purchase a series of dodge moves, but you'll need expert timing to execute them correctly

It's particularly galling when multiple deaths mean you're only awarded the pitiful toy "consolation prize" instead of a shiny trophy for your performance at the end of each level, but it's hard to stay mad for long when you know it's all part of The Wonderful 101's bold tongue-in-cheek humour. A game hasn't made us laugh this much in a long time, and its glorious pastiche of American and Japanese pop culture makes it a true delight to play despite its initial combat issues. It's a world where words like gnarly brush up against those like cosplay without even batting an eyelid, and its playful self-awareness only adds to its charm. Even Phantom of the Opera gets a nod, although quite what Gaston Leroux would have made of Wonder Green naming his gun after Christine Daaé is anyone’s guess.

The attention to detail is also hugely impressive for a game that’s so inherently chaotic, whether it's the sly references to Pac-Man in the city's bright neon signs, or the way your heroes cheer with delight as they shoot down a curvy water slide. There's a beautiful sense of scale and evolution at work, too, as bigger weapons will add extra spikes and other deadly decorations to your arsenal so they look even more vicious and over the top than they already are.

Other Wonderful 100 members look even more insane than the main protagonists. Wonder Toilet was a particular favourite

Sadly, it's not always quite so...wonderful, as there are moments when the exploration side backfires slightly. In a move that has to be inspired by The Legend of Zelda: Four Swords Adventures on GameCube, some sections take place inside buildings where the action shrinks down onto your GamePad. It’s one of the few occasions where the game takes full advantage of the GamePad’s second screen, but when it’s coupled with a gyroscope-controlled camera and a tiny field of vision, it’s a recipe for disaster.

This is a shame, as these moments could easily have been one of the game’s highlights. Early on, for instance, you need to open a door by turning some dials to match a code on the inner wall of hanger. On the GamePad, you can see the code and activate the dials, but you can only see the dials’ numbers on the TV screen. It’s exactly the kind of gameplay Wii U was made for, but here it’s marred by fiddly controls and an infuriating camera. The occasional drop in frame rate and frequent loading times are another nuisance, but it does alleviate the latter to some extent by letting you practice your moves while you wait.

The Wonderful 101 won’t be for everyone, but once you've learned how to embrace its quirks then there's a lot to love here. It's a game bursting with originality and it poses a challenge that’s quite unlike anything we've played this year. A must-buy for Wii U owners.